The wonderful world of patents: the evolution of shopping bags 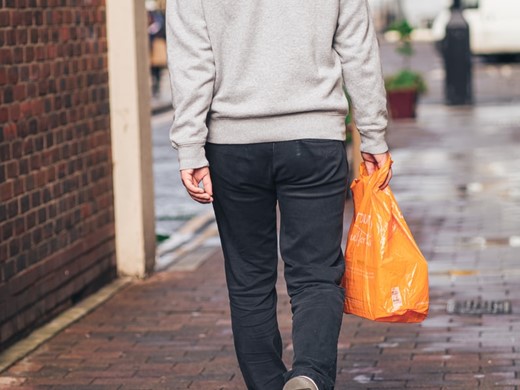 When you go shopping, do you bring your own bag? Not too long ago, it was commonplace for disposable plastic bags to be free with every purchase. Today though, those kinds of single-use plastic bags are no longer as widely used; they have been replaced by reusable shopping bags. A journey into the world of patents shows this development. Two aspects are particularly notable: First, the development seems to be cyclical. And second – as usual – inventors are almost always ahead of their time. Keep reading to find out more about this interesting story!

In the 1920s, paper bags were common. Unfortunately, there were – and continue to be – several disadvantages relating to paper bags: They are prone to tears and are not waterproof. Additionally, they are only reusable to a certain extent. In order to improve the shopping bag situation, many robust bags were invented and presented to the patent offices of the world.

For example, a shopping bag was patented in the USA in 1921 which was manufactured from waterproof material “similar to automobile covers”. (Picture the canvas covering a Model T). This way, purchases could make it home dry even in rainy conditions.

But these new bags were supposed to be more than weatherproof and tear-resistant. They were also supposed to be practical. Thus, foldable bags were invented which could be easily collapsed to pocket size when not in use. Others still claimed to be not only collapsible, but extendable, too.

Still, these bags were not yet perfect. After all, rain typically falls from above and thieves take any access point available to them. This gave rise to a 1941 shopping bag with a zipper. At this point in time, zippers, which had been invented in the previous century, were widely used in clothing. Now, they were used to keep purchases safe from above.

In the mid-20th century, the popularity of a certain material was skyrocketing: Plastic was everywhere. Disposable cutlery came with every fast food meal and “good” furniture was covered in plastic to keep it clean. For shopping bags, too, a new era had begun; the thrifty days of reusable bags were over.

The Swedish inventor Gustaf Thulin Sten invented the first modern plastic bag in the early 1960s. This allowed for very cheap production of large quantities of bags. These bags were made as one piece and of course very lightweight. The low value of these bags meant that it wasn’t a big deal if they were lost and soon, plastic bags were offered free of charge everywhere.

Yet this did not fully maximize the comfort of the carrier. Thus, in the 1980s in Norway, a disposable plastic bag was invented which was intended to be carried on one’s back. This single-use backpack kept the user’s hands completely free.

A sea of plastic

For several years now, the world has been slowly turning its back on plastic bags. Particularly the last decade has opened the eyes of many people and governments to the environmentally damaging effects of plastic bags. Few are left untouched by images of plastic-filled oceans and towering trash heaps. For that reason, plastic bags have been banned in countries such as Italy, Jamaica, and Kyrgyzstan. Instead – as is the case here in Germany – reusable bags are now the norm.

But why did this take so long? Where were the inventors? A look into patent history shows that, in actuality, ideas for environmentally friendly shopping bags were already being patented 30 years ago. The inventors were ahead of their time, but they laid the foundation for the bags commonly used today. For example, a tote bag, “similar to a beach bag”, was invented in 1990 for use as a grocery bag. That same year, a similar reusable shopping bag was created, the patent description of which states that it was fundamentally intended to reduce environmental damage.

It is interesting that these shopping bags are very similar to the bags from the 1920s. It makes one wonder if we will soon see a further development of shopping bag technology. In any case, reusables are back. This time, though, it’s probably more due to environmental awareness and less due to the financial and material constraints present 100 years ago.

The history of shopping bags shows how the world of patents is always ahead of its time. At the same time, it also shows how inventions adapt to the current needs of a society. The same is of course true for the translation industry: Translators are always ready to send current information around the world.

What features do you think shopping bags should have? Did you like this article? Let us know on Twitter!