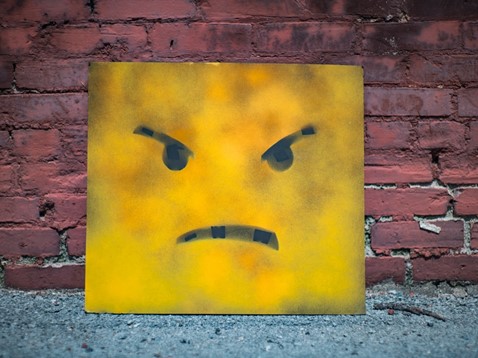 Every now and then, a translator will be confronted with a text that they don’t like. What are potential reasons behind the antipathy? What can a translator do in that situation? Will it impact the quality of the translation? Keep reading to find out the answers to these questions!

If you want to drive a translator crazy, just give them a text that’s full of inconsistencies and grammatical errors. These issues might be because the author wasn’t paying attention. In other cases, linguistically questionable texts are the result of someone not writing in their native language.

Everyone has had to read them: long-winded texts about uninteresting topics. This situation is all too common for translators. Sometimes, there are entire text genres or topics that bore a translator. However, there are also cases in which the author is simply unable to capture and hold a translator’s attention regarding a topic that typically interests them. Essentially, it’s all a matter of personal preference: Different people like different things.

There are different kinds of difficult texts. On the one hand, there are texts which are linguistically complex, meaning they contain labyrinth-like sentences and unusual vocabulary. On the other hand, there are texts which are complicated or unusual due to their subject matter. These are often pieces about very obscure sub-domains of research or informational fields.

It is possible for a text to be linguistically correct, easy to understand, and about a quotidian topic and to still cause a translator distress. In this case, this is  due to the fact that the sentiments expressed in the text or the entire topic are not compatible with the views of the translator.

Correct the mistakes or inform the client

As long as the errors in the source text aren’t so severe that the meaning of the piece is no longer decipherable, this is not a real problem for a good translator. Still, they must decide how to proceed regarding these mistakes.

Depending on the type of text, it might make sense to inform the client of the error, but still incorporate it into the translation. This is the best course of action when it comes to missing reference symbols or inconsistencies in patent texts. In other cases, such as grammatical errors, the translator is likely to simply correct the mistake, meaning they simply write a grammatically sound sentence in the target text.

Boring texts are something that you just have to live with. Unfortunately, nobody has a right to interesting texts, meaning that it’s best to simply press ahead and do your best to create a target text that is an accurate representation of the source text.

Translate the complexity or adapt it for the target readers

Complex topics tend to lead to complex texts; that’s something a translator must be able to handle. That’s why a lot of translators specialize in certain fields. This way, they can be sure that they won’t have any trouble with even the most difficult of texts. Still, it’s not always easy to work with these texts. These situations call for careful work and a high level of concentration to ensure that the resulting translation is accurate and eloquent.

In some cases, though, the linguistic complexity of the source language would not be appropriate in the target language. For example, while German readers might be quite comfortable with long sentences with multiple sub-clauses, English speaking readers would likely be irritated by them. Such cases require the translator to modify the syntax correspondingly without sacrificing the information therein.

Deal with it…to a certain extent

If the views expressed within a text or the entire topic covered are off-putting to a translator, they have several options. In situations which are on the whole harmless, they can proceed as they might with a boring text: focus on translating and get over it.

But that is only reasonable to a certain extent. If a translator truly feels moral trepidation about a text, they have every right to refuse to translate it. That goes for texts which spread misinformation, but also might apply to entire topics such as weapons for individual translators. After all, translators are an important element of the global chain information and thus are entitled to follow their conscience in that role. According to the professional code of ethics as published by the Association of German Translators, translators are under no obligation to accept all jobs. They are, however, very much required to translate texts that they accept faithfully and to the best of their abilities.

A good translator cannot be stopped by a sub-par text. Just like in any other profession, there are always instances in which their work is not all fun and games. As a rule, personal taste should never stand in the way of a good translation. Translation serves the overarching goal of information dissemination. As such, every text deserves to be translated well. At GlobalSprachTeam, our broad network of translators means that always have the right translator for each individual job.

What kind of text would you not want to translate? What did you think of this article? Let us know on Twitter!