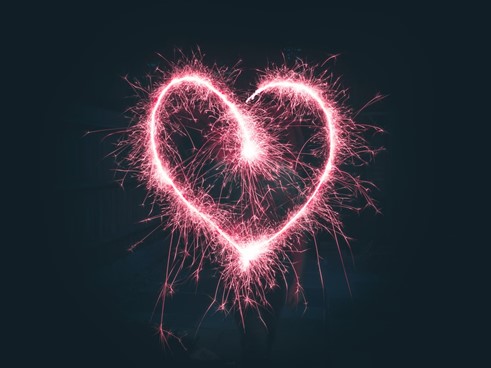 We’ve visited the wonderful world of patents before: Both these inventions relating to child-rearing and the history of shopping bags have been covered on our blog. But we just can’t seem to get enough! This time, we’re looking at patents about relationships. Keep reading to see where inventiveness meets partnership!

If you think romance and innovation don’t mix, then you are about to experience a steep learning curve. A peek into the world of patents demonstrates the multitude of ideas about partnership. Whether you’re single, in a relationship, or worried about a potential divorce, these inventions are here to help.

Looking for a partner?

For those who are unhappily single but cannot seem to make traditional dating modalities work for them, there is hope thanks to new ideas. Anyone unsure about their appearance should start with this System for beauty, cosmetic and fashion analysis. This invention – patented in 2019 – analyzes facial features in order to provide individualized suggestions for self-presentation. The system promises to take into account personality and age as well as the occasion for which one wishes to dress.

Optical optimization would have given any single person a solid basis for this web based dating service with filter for filtering potential friends/mates using physical attractiveness criteria. This invention aimed to divide potential matches into levels of attractiveness in order to ensure that nobody would be forced to go on a date with someone too high or too low on the beauty scale. Unfortunately, this 2004 application was not further pursued.

An invention granted a US patent in 2014 uses attractiveness in a different way. The face photograph-based dating recommendation system involves having users judge other users faces in terms of attractiveness. This then allows the system to generate an individualized preference profile. Potential matches are then assessed in reference to the profile so that only options corresponding to a user’s subjective idea of attractiveness are displayed.

All of this might seem a bit superficial. Thankfully, there is this enhanced relationship prediction system, patented in 2011. This invention looks at more than just appearance – although it still requires users to enter characteristics such as weight, height, and hair and eye color. This system places additional focus on people’s most intrinsic qualities. It entails users sending a sample of a bodily fluid to a lab in order to determine their genetic suitability. This is not a process that single people must endure alone, though. Rather, the invention explicitly suggests the involvement of medical personnel or religious leader. The impressive drawings alone make this invention a real must-see.

So you’ve found yourself a relationship using facial analysis and/or saliva samples. But just how can you figure out if things are going well? That’s precisely the problem this system and method for creating a data display to monitor status of a relationship between two individuals intended to solve. The idea involved the two people in the relationship logging instances of praiseworthy behavior demonstrated by the other person into the system. This would have then been used to generate helpful visual representations of the current state of affairs. Depending on the situation, the system was supposed to provide advice, prizes, and tips to improve the relationship. Unfortunately, this 2013 application was abandoned.

Sometimes, though, increases complement frequency and romantic getaways just aren’t enough. In 2003, an American man tried (unsuccessfully) to patent his idea for marriage insurance for protecting against divorce. His idea was to pay out premiums for couples who didn’t get divorced. Additionally, he hoped to use this invention to raise public awareness about the “devastating effects” of divorce – for individuals as well as for society as a whole.

In 2015, one American man thought that, when it comes to divorce, proper research and preparation were the best bet. He proceeded to submit a patent application best characterized as, well, problematic. With his system and method of matching individuals based on divorce rates of their country of origin, he aimed to help people find other single people whose cultural background promised relationship longevity. No patent was granted.

Whether you’re searching for The One or already in a relationship, the inventor community is full of patent ideas for making the best out of any situation. Some of the solutions might seem a little strange, but every revolution requires the courage to do unusual things. It’s truly wonderful that progress touches on all aspects of life, relationships included!

What did you think of these patent ideas? Did you like this article? Let us know on Twitter!