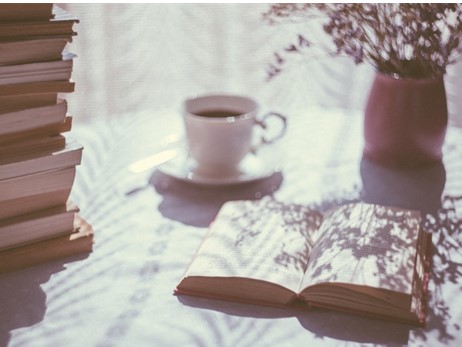 Perhaps unsurprisingly, given that they often work alone with texts or act as mediators between third parties, translators and interpreters don’t feature as frequently in novels or movies as say, detectives, criminals, or politicians. But there are some notable exceptions, one being Jhumpa Lahiri’s Pulitzer Prize-winning short story collection Interpreter of Maladies. Read on to find out why this collection is a GST book tip.

The lead story in Jhumpa Lahiri’s Interpreter of Maladies (translated into German as Melancholie der Ankunft) focuses on Mr Kapasi, who is working as a driver and tour guide for the Das family, which consists of Mr and Mrs Das and their three young children. Mr and Mrs Das’ parents are from India, but they themselves, along with their own children, were born and raised in America and are now visiting India as tourists.

After initially appearing bored and disengaged as they set off on their tour, Mrs Das takes a sudden interest in Mr Kapasi when she learns that he only works as a guide at weekends, while his main job during the week is as an interpreter at a doctor’s office. The doctor has a number of Gujarati patients, and Mr Kapasi speaks the language whereas the doctor does not. His job is therefore to accurately translate the patients’ symptoms to the doctor so he can prescribe the right treatment.

This job is far from what Mr Kapasi had dreamed of as young man, when he imagined himself interpreting for diplomats on the world stage and fostering international understanding. The pay is meagre and his own wife looks down on his work. So he is very surprised when Mrs. Das suddenly remarks that his job is “so romantic.”

When he asks her to explain what she means, she says, “These patients are totally dependent on you. In a way, more dependent on you than the doctor.” Referring to a patient who Mr Kapasi explained had described a pain in his throat as like “long pieces of straw”, Mrs Das says, “for example, you could tell the doctor that the pain felt like a burning, not straw. The patient would never know what you had told the doctor, and the doctor wouldn’t know that you had told the wrong thing. It’s a big responsibility.”

Mr Kapasi – hardworking, under-appreciated, middle-aged, rather lonely – is flattered by the interest of this young woman. As the tour continues and Mrs Das invites him to join the family for lunch and be in some of their photographs, he imagines that a bond is forming between them and that they might even maintain contact after she leaves India. In letters he can tell her all about his country, and she can tell him about America. In a way, it might not be so far removed from his original dream of fostering understanding between nations . . .

But Mrs Das’ mind is moving in another direction. What interests her is Mr Kapasi’s particular ability to “interpret” maladies. With all his experience interpreting for the doctor, he has surely learned something about the complaints people have and what remedies might help? And it turns out that she is nursing a malady of her own and desperately needs someone to tell . . .

Without giving away the ending of the story, it’s safe to reveal that the two main characters have got their wires seriously crossed. And this is because – as any good translator or interpreter knows – language has a literal meaning, but is also invariably shaded by cultural context and personal history. On the journey from source to target audience, it’s important to make sure the intended meaning doesn’t become distorted and misinterpreted, as very much happens here.

Tales of communication and cultural adaptation

The title story is one of nine in the collection, a few of which take place in India, thought most feature migrants in the USA. Failed or misunderstood communication is central to many of the stories, along with the challenges of navigating inherited traditions and unpredictable encounters in a new country. Originally published in 1999 and winning the Pulitzer Prize for its young author in 2000, the stories take place in a world not yet turned digital, but have a timeless quality which make them every bit as relevant and resonant today as when they were written.

The author’s own linguistic journey is also fascinating. Born to Bengali parents in England, she moved to the US as a child, and has spoken of her complex relationship to Bengali and English. After publishing several books in English, she moved to Italy, committed to mastering the language. Her most recent book, a short novel called Whereabouts, she actually wrote and published in Italian before translating it back into English herself – putting her in the company of other famous self-translating writers like Beckett and Nabokov.

But there’s no better place to start than her debut, a startling collection of subtle, sad, funny, and humane stories, with additional resonance for anyone working in the field of interpreting and translation.

What did you think of this article? If you’ve read the book or know other examples of translators or interpreters in movies or fiction, let us know on Twitter!