War in Ukraine and how it affects us 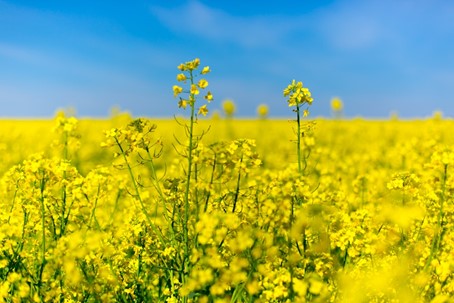 One month ago, we awoke in a different world; for a month, a war has raged right here in Europe. Millions of Ukrainians have been displaced: women, children, and elderly people who have been forced to leave their homes for an uncertain length of time. However, in these dark times, the tremendous wave of solidarity and aid is a source of light.

We, too, are committed to doing our part. GlobalSprachTeam is therefore now hosting and supporting two Ukrainian families. One of the families consists of a mother, a grandmother, and a one-year-old. The other family is made up of a grandmother and her granddaughters, aged nine and 14. The nine-year-old is back in school, she has been placed in an integrative class. The 14-year-old is receiving remote schooling from Ukraine. The mother of the one-year-old hopes that soon he will be able to smile at his father in person and not just over the phone. Both families dream of returning home.

Amidst all this, we received a heart-breaking message from one of our long-time translators in Russia. His words, which we have printed below, offer a glimpse into his current situation. For his safety, we have removed all personal and identifiable information:

It’s quiet here, but any reasonable person understands that that is only temporary. But: I am a freelance translator. An end to trade and relations means an end to translation work.

I have never supported Putin and all the wretched dogs now committing heinous crimes. I have never cast my ballot for those scoundrels. I have never supported their actions in Crimea and the like. I have always been and I remain against the war and these awful events. There are no words in any language to describe how I feel about these people and their actions. Not only are they waging war against the Ukrainian people, but against their own people, too. We Russians are bound to pay a terrible price for this.

There are plenty of people in Russia who feel as I do. There are also people with a decided lack of opinion. And unfortunately, there are also people who either do not understand what is happening or who earn their money from the powers that be. From a foreign perspective, it is likely difficult to differentiate between these groups. I have heard that in Europe and elsewhere, there are cases of Russian citizens being fired from their jobs, booted from universities, and turned away from cafes and restaurants. I can understand these actions. I also understand that I am sitting in my cozy apartment as I write these words while Ukrainians suffer. As a Russian, I, too, bear some fault and responsibility for this.

As always, I send my warmest regards and hope that you must never feel anything like what I am feeling now.