5 features of a professional translation 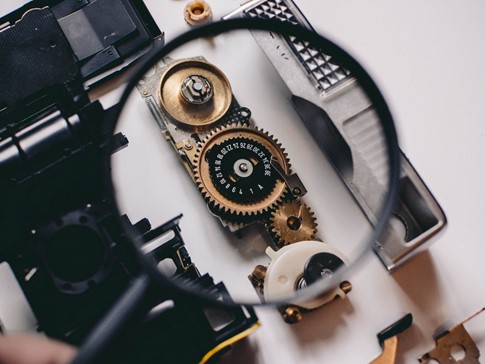 The main features of a professional translation are pretty obvious: Essentially, it’s important that the meaning and the tone of the source text are translated into the target language. Aside from that, there shouldn’t be any grammatical errors. But there are other, smaller aspects which are just as important. In professional translations, small details get just as much attention, thus ensuring a polished translation that goes down smoothly. Keep reading to learn about the most important features!

A first feature of a quality translation relates to the numbers therein. First of all, care must be taken when it comes to writing out numbers. The rule of thumb in English is that numbers between zero and ten are to be written out. In German, that rule is extended up to the number 12. In other languages, the rules are less strict.

Writing numbers out in full is typically a purely formal matter. The same cannot be said when it comes to decimals. Depending on the language, there are varying conventions regarding how that decimal point is written. In some languages, such as in German or French, the decimal point is not a point, but instead a comma. This seemingly small difference can have big consequences. Let’s look at the two sentences below:

According to researchers, we only have 2.555 years until the apocalypse.

According to researchers, we only have 2,555 years until the apocalypse.

Which sentences scares you more?

While we’re on the topic of numbers and quantities, a translation should always contain units which are meaningful in the target language. A classic example is the use of the units centimeters and meters versus inches and feet. Though the metric system is common in most places, American readers might feel less comfortable with it. That isn’t always the case, though: In scientific texts, the use of the metric system is just about universal.

Unlike with decimals, though, it’s not enough to simply switch the units in the text. Instead, some conversion might be necessary or the translation might call for a solution in which both units are shown as equivalent.

Sometimes, in order to ensure the readability of a translation, some syntactical rearranging might be necessary. After all, it is possible to translate a sentence completely and correctly only to end up with an incomprehensible jumble of words. In part, this has to do with the fact that different languages showcase different levels of syntactic complexity.

German sentences, for instance, are known for their length and maze-like structure. In a language like English, though, sentences consisting mostly of sub-clauses are anything but normal. Therefore, in a professional translation, one long, complex source sentence might be translated as several, shorter sentences.

In other situations, there is a risk of syntactic references being literally lost in translation. In languages with multiple grammatical genders and cases, it is often possible to connect sentence elements which are very far apart from each other. However, depending on the target language of a translation, such connections can quickly be severed.

The man looks at the woman with the child who is walking a dog on a leash.

In different languages and cultures, conventions regarding names and salutations vary. For example, while it is often very normal to call someone by their first name in American English, that would often be very inappropriate in German. Thus, a good translation makes sure to use acceptable naming conventions.

Academic titles also differ depending on the language. The same qualification can look very different around the globe. In German, for example, a woman referred to Prof. Schwarz would be referred to as Frau Prof. Dr. Schwarz. As such, a good translation takes care to adjust the titles in the text so as not to confuse the readers.

In some texts – such as letters – the reader is addressed directly. In this case, the specific politeness conventions of the target language must be adhered to in order to avoid offending the addressee.

5) Comparisons, figures of speech, and norms

Many texts use comparisons and figures of speech in order to better illustrate a certain aspect. In a translation, it would be easy to simply translate the comparison or figure of speech directly. However, the result of that might very well be a confused reader. Therefore, a professional translation takes care to find a suitable alternative which serves the same purpose as the source material.

Imagine reading the following sentence in an American text:

On average, each person picks an average of one billion mushrooms, roughly equivalent to 16 football fields.

To properly translate this article for a European reader, it would be necessary to use a difference comparison, as American football has less cultural significance than in the US.

When it comes to cultural norms and practices, the case is often similar. Some texts make reference to cultural phenomena which have no meaning or counterpart in other languages and cultures. In such instances, a translations might choose to use a substitute reference, just as with comparisons and figures of speech. However, if the cultural phenomenon is central to the text, it might be necessary to add some new information to give the reader some context.

Around Christmas, one might read about the elf on the shelf. However, that figure may not mean anything in many cultures. At the same time, that information cannot simply be omitted. In these cases, a translator will typically keep the reference and offer a short explanation of the concept so as to avoid confusion without sacrificing any information.

At GlobalSprachTeam, we provide translations which take all of these aspects into account. No matter the type of text, we make sure that the target text is just as good as the source text!

Can you think of any other signs of a professional translation? What did you think of this article? Let us know on Twitter!