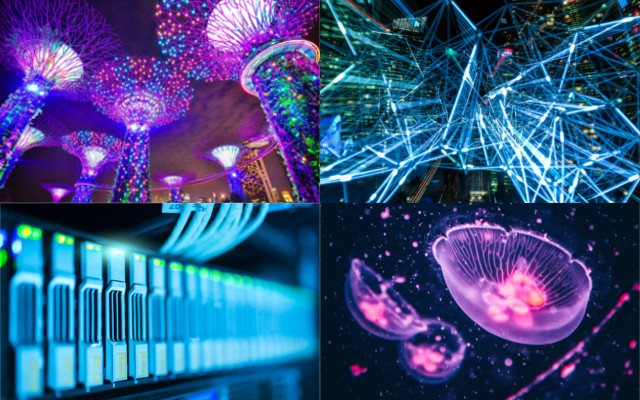 Not all translations are the same. Depending on the subject, function and target group of a text, a multitude of fundamental differences exists. Keep reading to discover some of the many kinds of translations we do at GlobalSprachTeam.

At GlobalSprachTeam, we translate texts covering a wide variety of topics.

Patent translations are totally in our wheelhouse at GlobalSprachTeam. Patent texts serve to specify and protect intellectual property.

Accordingly, it is imperative that translations in this area are precise. Even the slightest changes could have severe consequences. When translating patents, it is of the utmost importance to ensure that all details in the patent document are relayed in the translation.

The language of patents is a special case, too. For most readers, it is not readily understandable right off the bat. Long, elaborate sentences, heavily peppered with numbers and reference signs.

Potential mistakes await at every turn: The terms must always be translated consistently and all of the reference signs – sometimes there are thousands – must be correct.

To make matters even more complicated, the subject matter is often extremely specific. After all, the types of things that get patented are almost limitless. There are chemistry patents filled with formulas as well as mobile communication patents overflowing with technical terms.

And while these topics sound complicated right from the start, they are sometimes less complex than more quotidian, seemingly common subjects. Sometimes, it takes looking at a patent document too appreciate the intricacies of elements of our daily lives.

But rest assured: Be it a singing washing machine, a shuttle embroidery machine or a delaminatable container, GlobalSprachTeam’s translators have seen just about everything.

If patent translations occupy one end of the translation spectrum, then marketing texts exist at the other. With these texts, it’s all about conveying the message as elegantly as possible.

Marketing content is typically understandable for everyone and can be read and digested quickly. As their name readily reveals, marketing texts generally attempt to make a specific idea, a certain product or a particular company seem appealing.

Typically, a whole lot of work goes into these frequently relatively brief texts. Content creators modify and tweak them until they have a result that perfectly suits their needs.

Translating these texts often proves quite tricky. Literary devices, jokes, and puns present dangerous traps. These elements do not always have an equivalent in the target language. Instead, the situation calls for suitable alternatives and creative solutions.

Scientific articles convey the most recent findings from the world of academic research, thus undoubtably serving an important purpose in society. It follows that translations of these papers must do the same in the target language.

Scientists may spend years pursuing a research topic before they write an article. The final draft that lands on a translator’s desk is often the result of grueling and painstaking work.

It is therefore absolutely essential for the translator to have a thorough understanding of the subject at hand. Additionally, they must be well-versed in the phrases and lingo of the scientific community in the target language.

Scientific conventions can be very strict and must be obeyed in translations, too. It is not uncommon for there to be a word limit. Depending on the target language, this can pose an issue, since languages with lots of short words face an obvious disadvantage.

In fact, it is best for the translator to have a research background themselves. At GlobalSprachTeam, our core group of translators includes several who hold PhDs in various disciplines and who have no issues in this department.

Brief, succinct, informative and ASAP! Press releases are a text genre that embodies the old saying “less is more”.

Companies often use this format to present the most important aspects of news, innovations, and events to the public. The goal is to reach as many clients and interested parties as possible.

Frequently, press releases concern things that cannot wait until tomorrow or later. Naturally, the same is true for the translation.

This calls for a translator who thinks fast, is familiar with the client, and is stylistically confident – even under pressure.

It is also common for important people to be quoted. With just a few words, they influence markets and start trends. When translating their statements, it is important not to undermine the weight of their words.

Contracts, agreements, and treaties: These texts are not always the most spectacular, but they are most certainly some of the most important.

Depending on the parties named therein, these documents can vary greatly in scope. But for those mentioned by name, they are often of great importance.

Translating contacts requires ensuring that all of the conditions in the source text are transferred into the target text so that the translation specifies the same things as the original. Expert legal knowledge is often necessary.

The designated translator must be comfortable with legal terminology in both languages. This way, everyone can be sure that the employment contract, the cooperation agreement, or the economic treaty accomplishes the same goal in another language.

Be they certificates of birth, marriage, or death, texts of this type contain existentially relevant information. At first glance, they may seem like mere lists of unspectacular information, but in reality, they tell stories of the beginning, contents, and end of a life.

Correspondingly, translations of official certificates must meticulously transfer the information transcribed. The trade-off is a lack of fanfare: Impressive font colors and elegant framing are not the stars of this show.

Instead, locations, birthdates, and administrative offices must be correct. After all, those details are not just interesting for the owner of the certificate.

Most of the time, certificate translations are needed for official business. At the courthouse or city hall, the clerk wants to know that the translation includes the same information as the original presented to the translator.

Therefore, these translations almost always require certification. A certified translation is one completed by a translator who has been granted the legal authority to verify the accuracy and correctness of the translation relative to the source text.

It is important to note that a certified translator is not a notary public. The certification in this case in no way authenticates the document which has been translated. The only thing attested to is the faithful completion of the translation.

Of course, there are all kinds of translations that didn’t make it onto this list. What translation genre would you like to know more about? Let us know on Twitter!