Patent translators at the source: inventions for child rearing 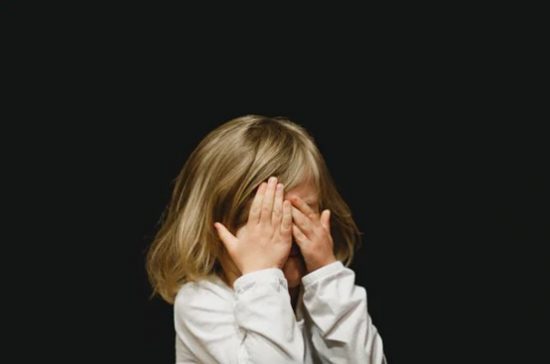 What do patent translators know about raising children? The answer is: probably more than you think, considering the fact that there seems to be an unlimited supply of patent applications in this area. However, a lot of these inventions are a little off-center. Keep reading to find out about some of the most fascinating patent ideas for children!

You might think that patent translators, due to their specialization, would be further removed from everyday life than translators working with texts like press releases, educational papers or advertising content. In reality, though, patent translators get exclusive access to the world’s issues and problems.

After all: Patents disclose solutions for life’s problems. They demonstrate people’s attempts to rationalize and overcome complex hurdles with new inventions. That means that people who deal with patents every day gain deep insight into the lives of others. However, patents can sometimes embody the strangest products of the human imagination, meaning that patent translators are regularly confronted by odd concepts.

Whose brainchild was that?

There seems to be a particular abundance of unusual inventions in the field of child rearing. Parents always want what’s best for their children and always do their best to raise happy as well as well-mannered human beings. That, however, is far easier said than done, which is why all sorts of possible helpers and gadgets end up in the patent offices of the world.

The inventions already target babies, such as this device for stabilizing and immobilizing infants. This invention, brought forth by an American LLC, is intended to ensure that babies cannot move during a diaper change. The device promises a two-in-one solution: Parents should have an easier time and children should be prevented from falling off the changing table.

As soon as the little ones no longer just crawl, but also run away and cause trouble, there are new challenges which must be met. The logical first step is to acquaint one’s offspring with rules and to instill positive behavioral patterns. This is where inventions claim to be able to help. Inventions such as this kit for shaping behavior. A combination of stickers, symbols and time-out zones are intended to improve communication between a child and their caregiver. If a sticker indicating something is “off limits” is placed on an object, the child is not allowed to touch it. If the child does so anyway, it must go to the time-out zone until the timer provided in the kit goes off.

But what if a child keeps running off? Must a parent look on helplessly as the child disappears in a crowd of people only to suddenly resurface crossing a busy road? Thankfully, the answer is no, as there are many child safety tethers (leashes) available on the market. Some of theme even have built in pockets and are shaped like stuffed animals! If a child attempts to wander off, the parent needs simply to pull on the leash to prevent accidents and mishaps. And for those who like the idea of a tethered child but fear the judgmental looks of others, there are hidden child harnesses with practical handles.

Many of these inventions simply take some getting used to, but every now and again, an idea is presented which is guaranteed to unsettle patent translators as well as others. One example which springs to mind is the child discipline system detailed in a 2016 application. According to the invention, provision is made for a child facing punishment to be placed on a punishment pad. The child is not permitted to leave the pad and doing so sets off an alarm for the parents. According to the applicants, forced immobilization is an effective punishment, because children enjoy movement. Interestingly, the application was as far as this invention got: The matter was not further pursued and no patent was granted for the system.

Thankfully, not every bizarre invention is also cruel. Some of them should instead be filed under “in poor taste”, meaning that patent translators have something to chuckle at. A few years ago, an American applicant attempted to have a laughing, flatulent doll patented. The description of the invention discloses that the acoustic effects are accompanied by olfactory ones. The application for the doll, charmingly named “Poodypoo”, was abandoned.

Scream me a river

These inventions might be enough to make a person scream in dismay. Before yelling, however, they might consider switching on their instrument for guided catharsis by screaming. This Chinese device records screams (such as in schools or factories) and measures their loudness and thus the level of distress contained therein. The aim is to scientifically analyze and evaluate the screams in order to then calm down the person in a targeted manner. The patent was granted in 2014.

The imaginations of the inventors of the world seem limitless. Even areas of life such as child rearing which have existed since humans have continue to be reinvented or at least enhanced. People who work with patents, such as by translating them, gain early access to new developments. So, anyone looking for a new solution to an old problem might consider asking a patent translator.

What problem would you like solved? What did you think of this article? Let us know on Twitter!